Social Media Use In Times Of War

Even though man has achieved so much over the years, conflict still reigns all over the globe. There is even the threat of an impending World War 3 as tension rises in various countries. And it is not just any war but a nuclear one at that. It’s as if we don’t have enough problems on our plate already when it comes to the environment and climate change. Chemical and nuclear warfare also causes a lot of damage to many of the world’s natural ecosystems. 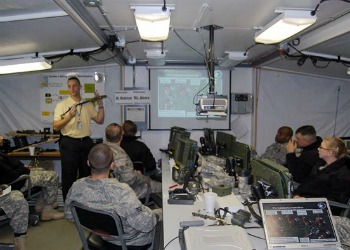 In our everyday lives, we also witness first hand the wrath of regional political conflicts on hateful speech and videos we see on the web. Unlike in the past when the public isn't really privy to war details, the advent of social media allowed us a blow-by-blow account of what’s happening in war-torn countries whether from news outlets or random posts from equally random people with Internet access that happens to be in the midst of all the action.

German Justice Minister Heiko Maas has watered down plans to impose fines of up to 50 million euros ($53 million) if social networks such as Facebook do not remove slanderous or abusive online postings quickly, Der Spiegel said on Tuesday.

Proposed legislation to be considered by German Chancellor Angela Merkel's cabinet on Wednesday omits a line that had been included in the draft legislation which said such a fine could be imposed after just one incident, the German magazine said, citing a copy of the proposal.

Instead, the legislation now says a single infraction does not mean a company lacks an effective means to deal with complaints about hate speech, and calls for "careful actions by the fining authority to protect freedom of speech," it said.

As more and more hate speech and posts fill the web, even the government intervenes and urges social media companies to censor these posts to prevent it from inflicting further conflict in our modern divisive world. However, some are against this kind of censorship since it violates our freedom to free speech.

A social media post threatening a race war was first posted to social media approximately a month ago. A student recirculated the post on social media this week, according to a DeSoto County Schools spokesperson.

While we all have inherent rights, our rights end when the right of others begin. Compromising the safety and security of the majority is enough grounds to consider you an enemy of the state or be taken by the police for further questioning like what happened to these two students who went too far in exercising their freedom of expression.

Social media has completely transformed the way we consume news. We’re living in a world revolving around a new kind of journalism, peppered with the frequently unedited coverage of an ongoing humanitarian crisis – the Syrian Civil War.

In 2016, the Reuters Institute for the Study of Journalism reported that 51% of people with online access use social media, particularly Facebook, as a news source. Through a shiny 5-inch screen we’ve watched this war unfolding, including the good (JK Rowling sent eBooks to 7-year-old refugee and Harry Potter fan Bana Alabed) and the totally horrifying (toddler Alan Kurdi became an enduring image of the crisis when a photograph of his tiny body washed up on the beach hit global headlines). People in the First World are far enough away from the war not to feel its devastation directly, but we are close enough – through the availability of new technologies – to help.

The UK government this year committed £2.3 billion to help the 13.5 million people in need of humanitarian assistance in Syria, but on an individual level it’s difficult to see just how much we are doing through the smoke and mirrors of “likes” and social media shares.

Wars have somehow changed because of technology. While the rest of the world watch the events of war take place on their screens and see the extent of the damage in its aftermath, we also witness how people have suffered and died along the way. Even innocent children in Syria die without a fight from chemical attacks launched by the government and we all watched in horror at this mass murder.

While we have a lot of complaints against social media, it does serve its purpose at times. We are up-to-date on important events in history and can even proactively take our part in it through our social media use. We can launch fundraising for victims of war or raise awareness on the challenges faced by Syrian refugees who aren’t welcome in many countries throughout the world. Social media shows us the reality of our modern life and what the world has become with the advent of technology. But honestly, primary issues remain the same. It’s just the tools that we now have that have changed.

Social Media Use In Times Of War Find more on: https://www.brandinfiltration.com